Ephemeral sounds and virtual tents or what do we need to jump? 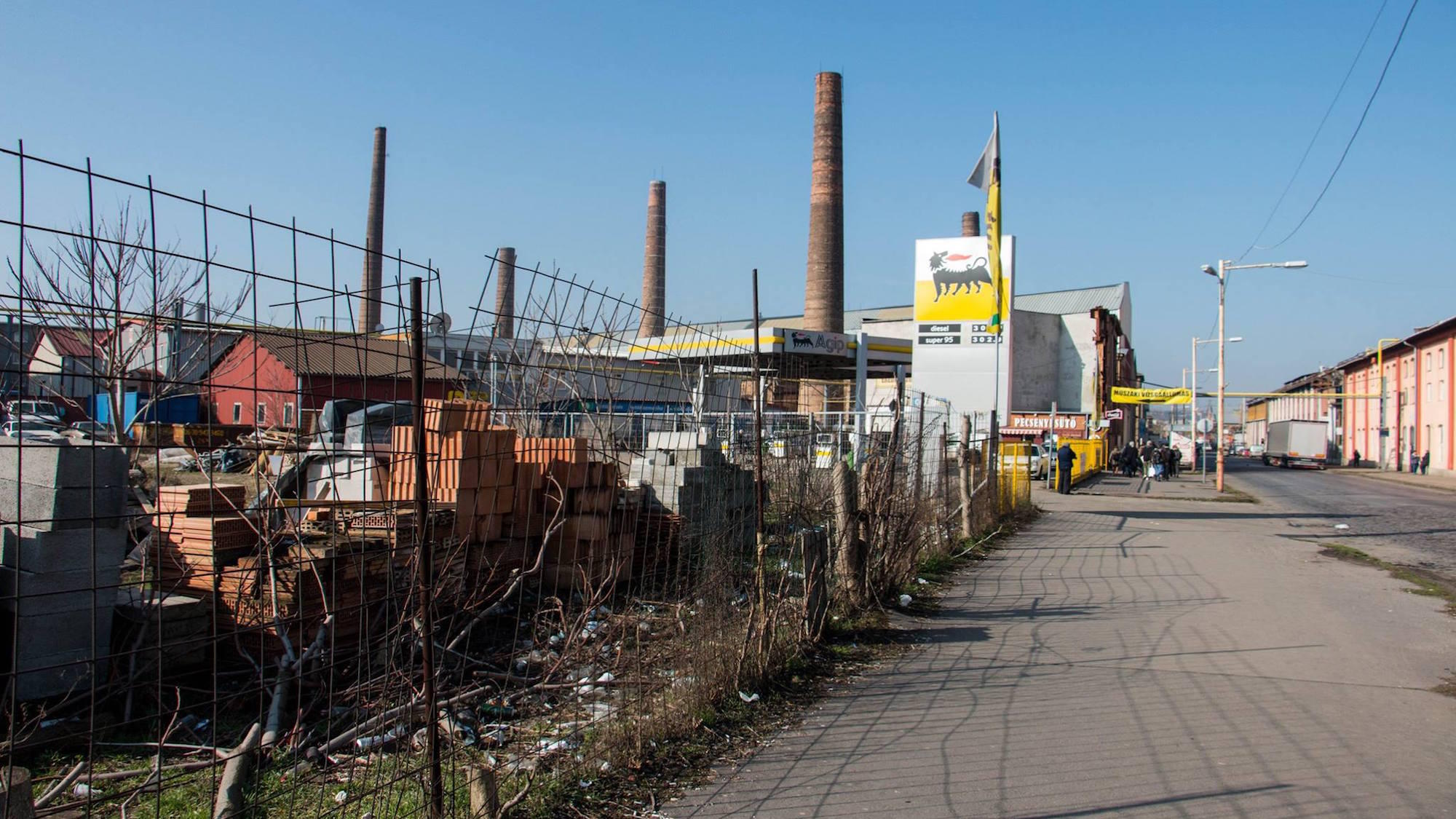 The European network IN SITU, an advocate for site-sensivite art, has organised yet another edition of Emerging Spaces, a series of intensive workshops. On paper, the seminar’s opening days in Budapest focused on post-industrial areas, with the ruined but beautiful Csepel Industrial Park as its central location, although the set topic would go through various changes throughout the three days of the workshop.

Let me clarify something right away: the Emerging Spaces series functions as an incubator, so one does not come here to see finished productions, but rather to familiarise with various curated projects, that are at different stages of completion, that sometimes only exist in heads and on paper or maybe in the forms of short presentations. This results in a setting that is at once friendly and practical. The rules are clear: the artists and the programmers that had chosen them, along with a few invited guests, are given a (relatively) strict time frame to present their projects, respectively to respond to questions. Ariane Bieou, the coordinator of IN SITU is quick to enlighten: we are not here to sell or buy any of the productions, nor to form serious verdicts about the projects. At this early and very sensitive phase of creation this safe place makes it possible for professionals coming from various countries and with different cultural backgrounds to form unbiased opinions, while artists are encouraged to share with each other their doubts and questions.

Fortunately, doubts and questions were plentiful, as the three days of intensive work served exactly for these sorts of struggles: for paying close attention to one another, and making the projects approachable for as wide an audience as possible. The applying artists, as we will see, arrived to Csepel with varying backgrounds of theoretical knowledge and with very differing artistic and social interests in community spaces. During the presentations, the professional advisors had often proposed totally new contexts but without ever making the mistake of destroying ideas by imposing their own expectations on them. Instead, they aimed only to alter the structures of the works, opening them out to new perspectives. The artists did not seem too uncompromising either: although there were occasions when the basic concept itself was put to question, the presenters of the projects were usually keen to make use of all meaningful comments. 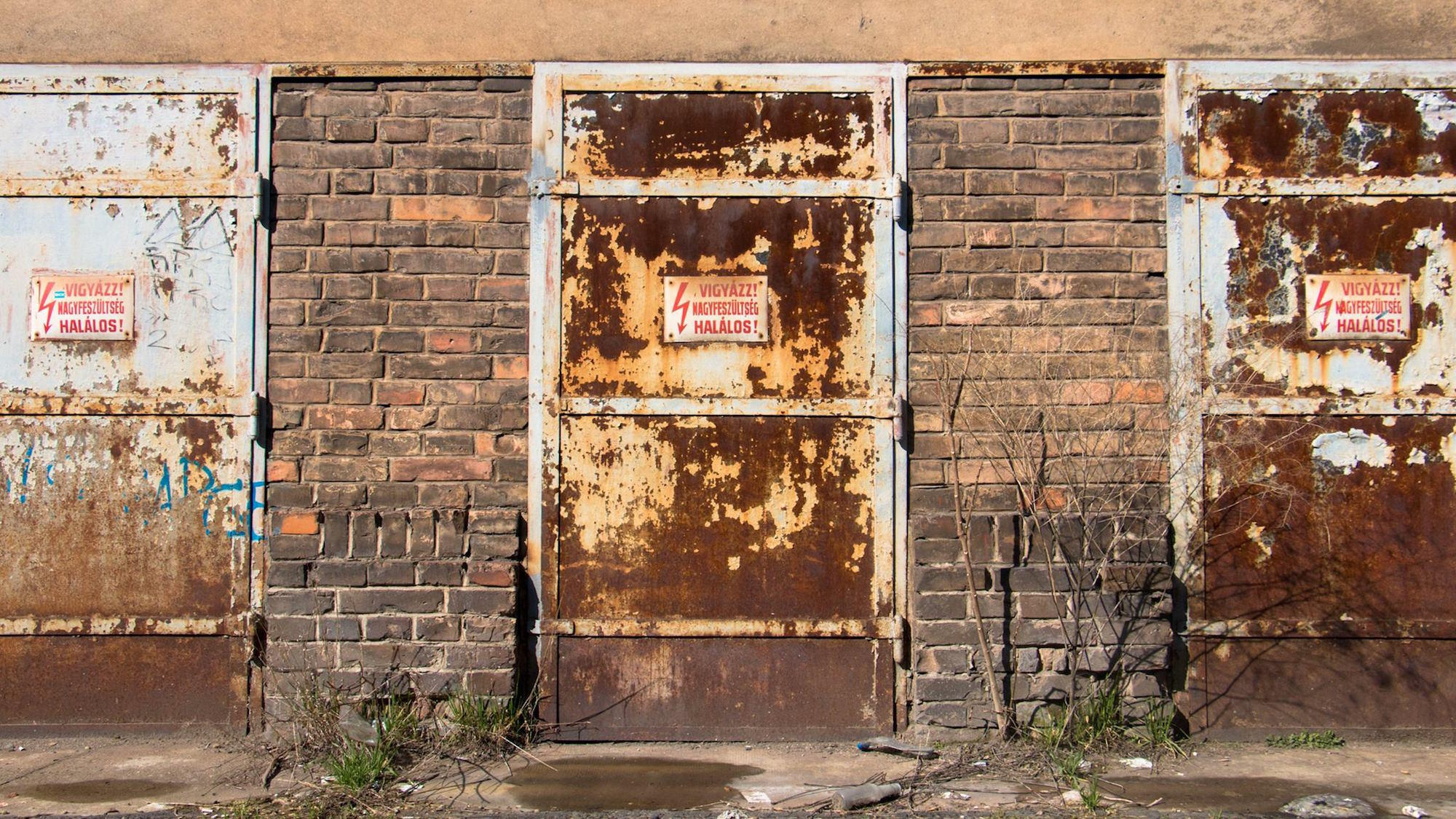 The presentations in Budapest were refreshingly varied: the projects coming from France, Denmark, Austria, The Netherlands and Hungary would make use of diverse locations and means of arts to reflect on the slightly promising situation of mankind in the 21st century. For this reason it is hard to find a common denominator for the different presentations, although these parallel routes would at times intertwine with each other. The relation between local and global communities, the surfaces of the virtual and the real world, the conflict between the natural and built environment, the juxtaposition of analog and digital thinking, the connection between visual art installations and varied forms of performing arts, and, of course, the sometimes gentle, other times more determined practices of challenging the comfort zone and boundaries of the viewer...

The project of the Danish artist, Elle-Mie Ejdrup Hansen is probably the greatest in its scale. Ejdrup Hansen is the author of Peace Sculpture, a monumental memorial that consisted of a laser light running along the coast of the Danish seashore. Her new work, A European Symphony aims to showcase the voice of 2017 European citizens. This new project is also based on the interaction of the (urban) landscape, the soundscape of voices of the city and region and light. The work centres around a seemingly simple question: who are we as Europeans? A question that is still and once again urgent, one that has no right answers, because all the answers would be more or less plausible. If there is something that entitles us to be full members of this continent of 500 million, then that is the quality of our actions and of our existence. Only the art that is sensitive to changes can truly reflect on the concept and history of what it means to be European: Ejdrup Hansen’s plan is to ask authors for short texts on set topics, then record everyday people reading these texts. From the resulting vast digital archive, composers would form the new Symphony of a Thousand. The result: a carnivalesque atmosphere of identities and cultures with almost an infinite number of possible answers. The symphonic poem made from the recorded audio material would travel around Europe, where passers-by are invited to listen into the stream of Europeanness. The main question is one that we hardly dare to ask in the second decade of the 21st century: will the Ode to Joy ultimately triumph over cacophony? 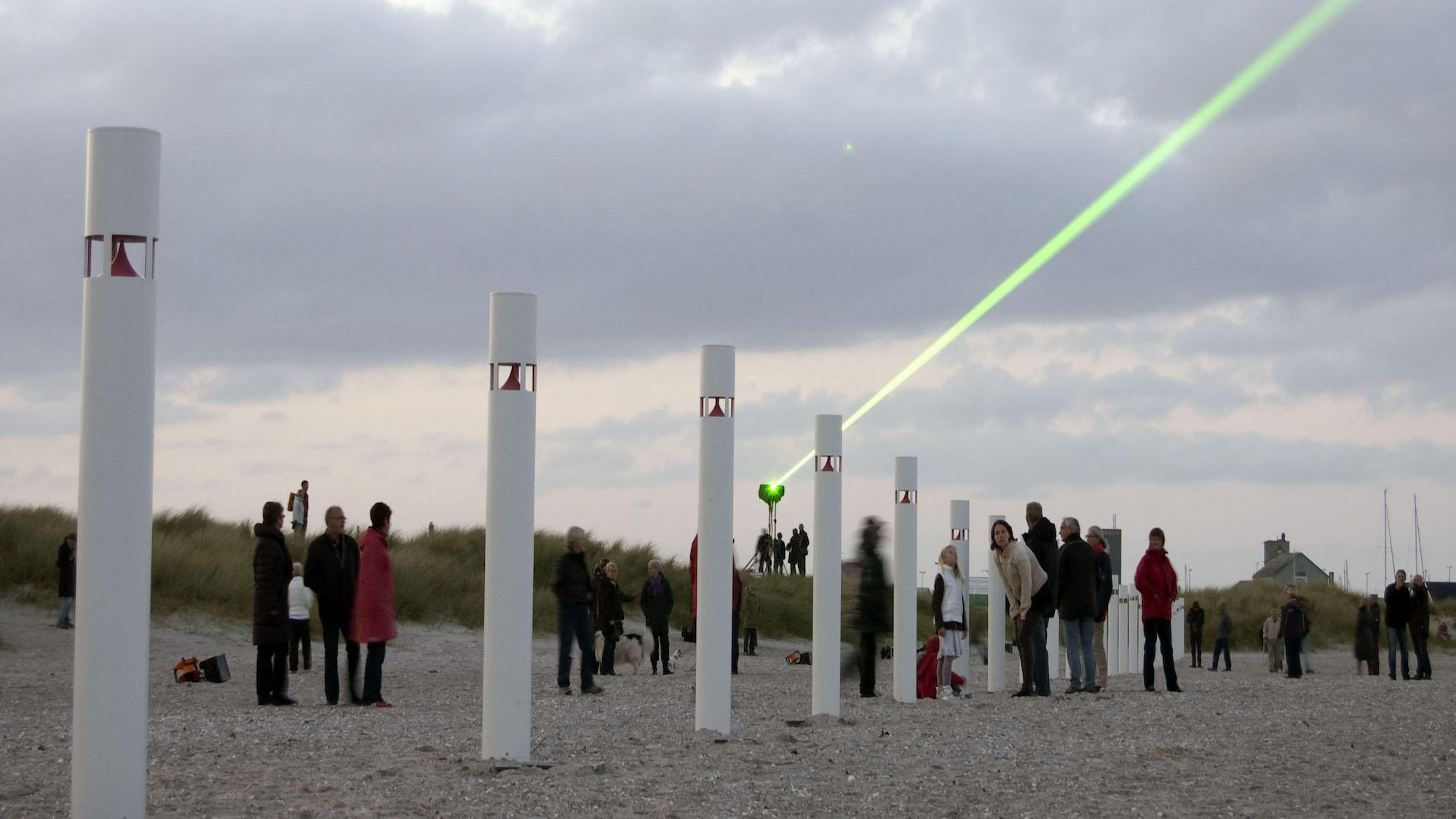 Collectief Walden was represented by the Dutch artist Thomas Lamers. The group is a true implementer of Henry David Thoreau’s thoughts on nature and its relation to the human condition: here a philosopher and a biologist, a mime artist, a theatre scholar and a dramaturg work peacefully together. Their experiments, driven by an ecological mindset, are attempts to reconcile theory with practice, but also to promote a very resolute set of values, namely that of the harmony between the landscapes built by nature and men. One of their memorable projects was Borderline in 2014 in which they focused on the forms of co-habitation between industry and nature: they spectacularly intervened into a former factory seized by nature by literally turning a tree upside down, using merely the force of their hands. Their project Windstilleven focuses both on the self-organised and the artificial rejuvenation of the natural landscape. Their plan takes them to the windy shores of the Dutch island Terschelling, where they would install a surprising object, a large camera obscura between the ever-changing sand dunes. The viewers would then arrive in small groups and would be taken to a place that temporarily shields them from the wind, from where they would be able to witness an unusual sight of the world, and vice versa. The transitory habitants of the dunes are offered a special occasion to reflect on the nature of time and the time of nature in the coordinate system of ephemerality and (re)birth.

Gabriella Cserháti, a Hungarian artist living in Paris, defines her group GK Collective as a laboratory. These artists communicate with the viewers according to a prescribed and rigourously exercised set of rules. Their main interest lies in the relation between fiction and reality, in a new way of involving the viewer without breaching their integrity in any shape or form. The series HiDDeN TheaTeR offered a tailor-made theatrical experience to the adventurous participant, as most of the time their public consists only of one single viewer. Their project Answering Machine intends to confront one of the greatest challenges of the modern man by questioning the reality of the virtual world that so many of us are willingly or involuntarily sucked into, through our mobile phones, tablets and other electronical gadgets. At this early stage of creation the narrative of the project follows two stories, one virtual and one real, respectively the consequences of the interconnection between these two storylines. The project aims to answer great questions such as: what is our relation to ourselves and to the other? How is our everyday behaviour determined and influenced by our smartphones that we cannot ever seem to let go of? What happens if we decide not take part in the world of online social media? Are we ready to take off our goggles and face the world we are living in?

The Austrian artist Lisa Horvath had trained as a set and costume designer in Graz, while Spielraum Ensemble, a company representing her and her peers, already produced a few noteworthy theatrical projects in the last couple of years. They have told the story of Orpheus and Euridice with the help of a peculiar, acoustic set, while in their deconstruction of A Midsummer Night’s Dream their aim was for the set, that changed with the intervention of the actors, to become more than just a background. Their project with the working title Final Season, a title that also refers to tourist seasons, takes this concept on a whole new level by moving it out of the theatre building. The performance opens at sunset on a spacious meadow with what it seems to be camping tents. The viewers wander around in small groups and are given the opportunity to eavesdrop on the dialogues or monologues in the tents. The idea of camp has again become a loaded term in Europe, but the project purposefully avoids the word’s political connotations, a choice that in itself represents a strong position on the subject matter. This randomly constructed camp is the miniature of our society, a form that reveals what the challenge of living together means. In this space the boundaries between personal and common dissolve: what is at stake here is the respect for the needs, desires and boundaries of the other, in other words, the perception and interpretation of the world that exists outside of me. 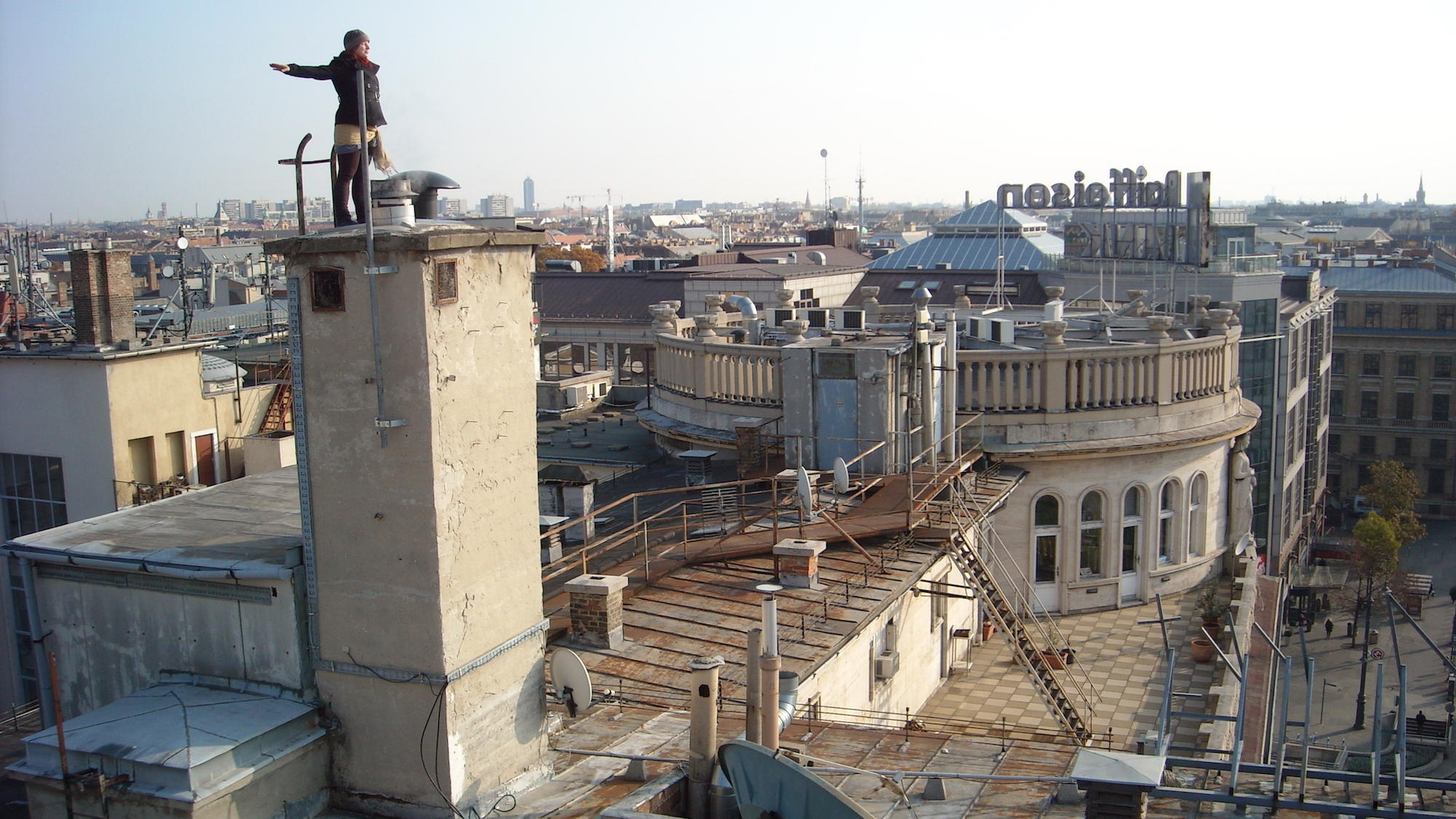 In their project "Cross Your Borders", the young architect Bálint Tóth and his team (Kata Kellényi, Veronika Krauth, Ambrus Ivanyos) offer a special inner journey, a lifelong experience in the strict sense of the word. The concept is greatly influenced by Tóth’s personal intentions, and uses the means of the ever so powerful physical action to reflect on the condition of life in inherited urban spaces. His project examines the ways we use the familiar space of the residence and the perfectly unfamiliar buildings that we think are also easy to understand; the project also spectacularly reevaluates our everyday ideas of space. There is immense focus on the practical realisation of this delicate essay of concepts: the participants are offered the firsthand experience of the possibilities that are, even if sometimes unregistered, but nevertheless coded into these buildings. You are right to think at this point that this plan forces the journalist into an impossible situation where divulging more would mean to take on the shady role of the punchline killer. This extreme test of courage presents a serious set of ethical, legal and safety challenges that might not even be possible to overcome, but it also promises the adrenalin driven liberation from a strictly confined and extremely regulated urban life.

Evidently the offered topic – artistic interventions in post-industrial areas – was freely interpreted by the artists. In her opening speech, Yvonne Franquinet, the director of theAmsterdam Centre for Architecture, presented three case studies that proved that, as long as we maintain a mentality of sustainability, both the reclaimed and the deserted industrial zones have the possibility to truly flourish again. If decision-makers, architects and citizens join forces, together they can produce relevant changes in our life quality in a short period of time. This formula only works if artists are involved in it as well, since they are the ones that are truly able to convince us that improvement is only possible if one is willing to risk and jump.

Written by Tamás Jászay
Translated from Hungarian by Panna Adorjáni