Column #4: A series of passing

The Paris, Brussels and Nice attacks remind us that public space can also be a place of mourning, an aspect covered by some artists at the Travellings festival in Marseille.

Dressed in white, they dance the waltz alongside square grass plots representing their own graves. They have risen again to dance. Children weave between the adults, playing tag. It’s like a wedding. A young woman, better dressed than the others, is looking for her betrothed. The ball is then interrupted by compelling sirens and everyone runs back to their plot. (“Le Mois du Chrysanthème”, Tandaim company, 2013, based on Sophie Calle’s text, “Douleur exquise”).The system of virgin white on green squares is a reverse colour reminder of the black igloo tents in Patrick Kermann’s “La Mastication des morts”, created by Groupe Merci at La Chartreuse in Villeneuve-lès-Avignon (1999), replayed fifteen years later along the banks of the Garonne river in Toulouse.In “Germania 3” (1996), Patrick Kermann’s musical text is underlined using the following words from Heiner Müller: “The dead are sleeping lightly / They are conspiring in our foundations / And their dreams are the force that’s choking us”. 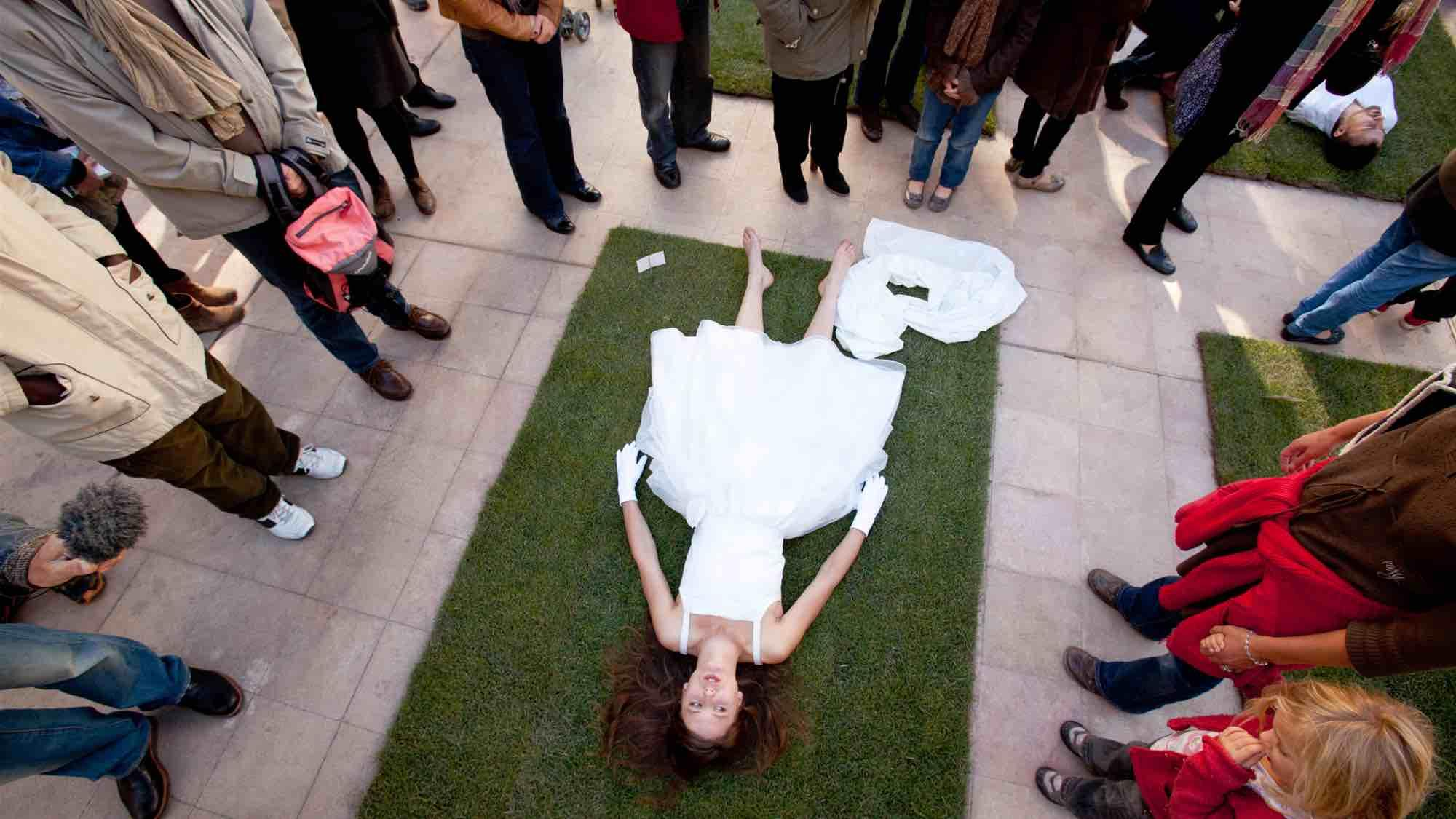 Street theatre has no trapdoor, no Dom Juan’s Statue of the Commander and no deus ex machina. But there is the possibility of shifting the playground, stepping away from theatre to move closer to the cemetery, or deliberately turning your back to it. And as night falls, you can also discretely blend into the surroundings. The nocturnal campsite developed by young set designer Lisa Horvath may not directly allude to the afterlife… But what is this “special journey” that the recorded voices anxiously refer to in her play, “Final Season” (2016)?A sense of bereavement easily spreads across public space. And nostalgia has received special attention in documentary theatre, which sometimes uses only minimal equipment, such as a fixed frame for viewing, Handel’s oratorio played in headphones with texts displayed in the distance, evoking a world starting to slip away (“Fare thee well”, installation by Dries Verhoeven, 2012). This installation is almost cinematography, revealing truths about society, like the film “Ville engloutie” by the ZimmerFrei collective (2016). The film tells the tale of Chalon-sur-Seine, deserted by Kodak its main employer, the riverside city now seeming to live at the mercy of flooding and climate change. Here, as before, artists bear witness to a change of era… 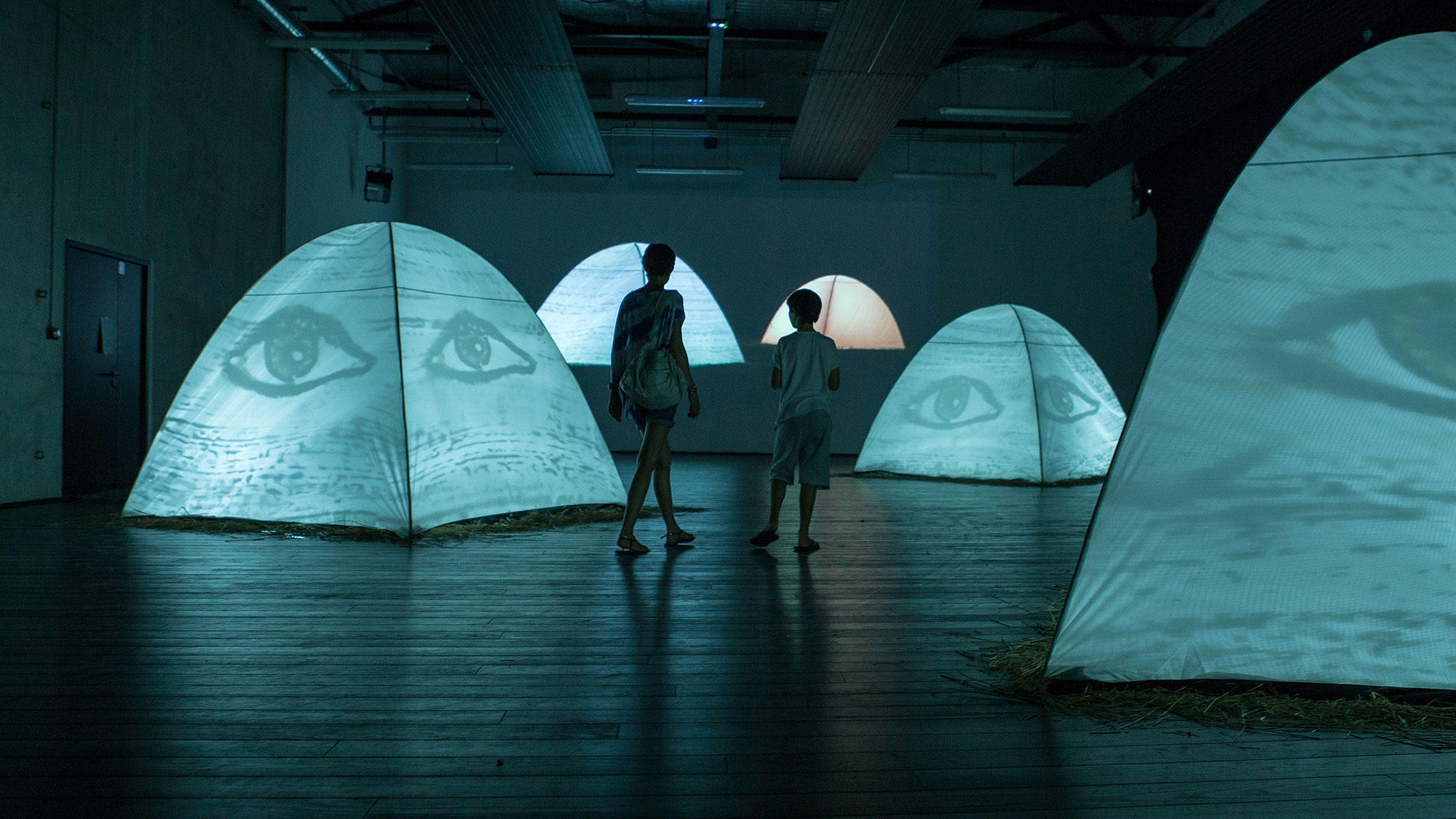 That said, the example of Groupe Merci reminds us that modern “passings away” are no better or worse than ten or fifteen years ago.Having become incomprehensible, death and the mourning it generates (Susan Sontag, “Illness as Metaphor”, 1977) have always been well managed in the public space. But how do we operate in a fragmented world with no shared rituals? Artists will always have a role to play… maybe even turning everything upside-down (Anne Corté). Mikey Martins from the Freedom Festival in Hull, United Kingdom, shows us another option. John Box and Sue Gill have a background in visual theatre and have simply adapted their way of supporting the living. A summary of their protocol can be found in the “Dead Good Funerals Book.”Coming next month: Security at what cost?